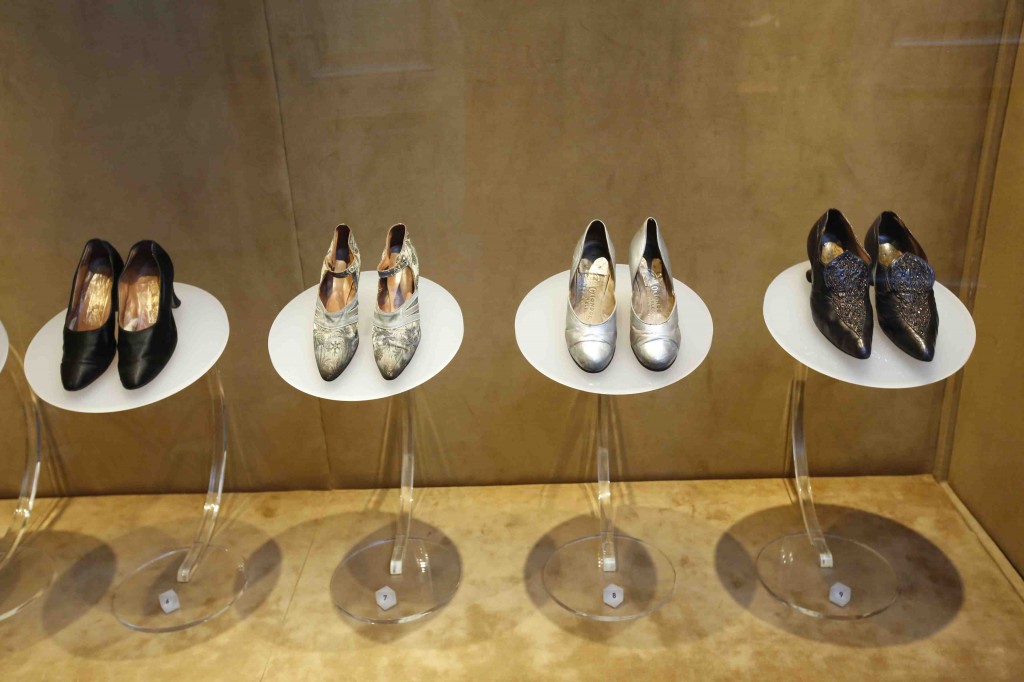 These shoes are made for watching

Rule number one in Turkey: always take off your shoes when you enter a mosque or a house, even your own. No exception whatsoever. In Ottoman times however, the system was a lot more practical in a way. People of all classes normally wore two pairs of shoes, one over the other, the first in soft leather for the inside, and second in hard leather for the outside. No laces involved here and even after a stroll outside, the soft-soled inner shoes would stay clean and warm. A few examples are shown in the ‘Pabuç–Shoes’ exhibition at the Sadberk Hanım Museum in Sarıyer – the first private museum in Turkey, run by the Vehbi Koç foundation.

We were given a tour by its curator, Lâle Görünür, who explained to Time Out the most relevant aesthetic and functional details of 127 different and unique hand-made specimens of boots, shoes, ankle shoes with galoshes, slippers, and clogs (119 pairs, 8 singles). They were worn almost exclusively by women and are presented in large vitrines along with a few dresses. The Turkish shoe names are çizme, potin, pabuç, terlik, nalın and ayakkabı (the latter being European-style shoes). You simply have no idea how much there is to learn about shoes!

Most of them are representative of pure Ottoman traditions (from the 18th to the first half of the 19th century), while others illustrate the later influence of Western fashion. Indeed, at the end of the 19th century, women wore European-style dresses that they matched with high-heeled shoes made from the same fabric, while men also wore ankle boots with galoshes. The district of Beyoğlu was one of the places where locally-produced or imported Western style clothing and accessories could be found, and was sold in shops inside the numerous pasaj (arcades) that dart from the Grande Rue de Péra (today’s İstiklâl Caddesi).

All of the shoes exhibited are part of the museum’s rich collection of textiles first established by Sadberk Koç herself and then enlarged through numerous acquisitions and donations. Not many Ottoman shoes have passed the test of time, and the few that had remained relatively intact were parts of expensive costumes tailored for ceremonies – weddings, above all. “Some of them were in very bad conditions, since they are particularly difficult to clean and repair, but they have all been meticulously restored by our laboratory”, Lâle Görünür told Time Out. On the other hand, “there are very few artisans still working with traditional techniques, they make shoes only for folk groups and – with low-quality materials – for tourists”.

The shoes in the ‘Pabuç’ exhibition are extremely precious. They are made of leather, velvet and various silk or woolen fabrics, and a high proportion is embroidered with gold or silver wire, metal-wrapped silk thread, sequins beads, and other materials. Only a few still retain their original labels, with information about manufacturers and retailers. The clogs are carved from single pieces of wood – mahogany or walnut, for example – and lavishly decorated with mother-of-pearl, tortoiseshell, ivory and silver. Raised on high wedges, they protected the wearer from water on wet floors, from the heat of hamam floors and from mud in gardens and in the streets.

The curator pointed out some of the more interesting shoes of the exhibition like a pair of plum colored velvet slippers from 1898 with an inner sole remarkably embroidered with the figure of scorpion encircled by a snake or some cream colored satin wedding shoes made in Paris in the early 20th century for the Egyptian Princess Atiye of the Khedive family. There was also a pair of purplish pink velvet ankle shoes embroidered with a dense and exquisite design of flowers, scrolling branches and leaves and – quite a fashionable pattern at the time for weddings apparently, as another pair of turquoise satin European style bridal shoes testifies. Through these splendid examples and many more, this gorgeous exhibition gathers plenty of high-healed historical proofs confirming that for ladies – long before Louboutin or Prada – shoes have always been tools of seduction. These boots were not only made for walking.